James Bond, Switzerland and the car desire of the 60s

From old to new

From giant banner to regionally-sustainably produced handbag. Trendy bags were made from the advertising banner from our special exhibition (see above). Each bag is unique and has an individual design. We now offer a diverse selection. If you would like to order one of these unique items, please contact us by e-mail at events@emilfreyclassics.ch.

This year we are taking a journey back to the ultimate decade for cars: the 1960s. We begin in the summer of 1964, with the famous GOLDFINGER chase scene that was shot on the Furka Pass.

A few years later, ON HER MAJESTY’S SECRET SERVICE was shot in the Bernese Oberland – this time without a tyre-slashing Aston Martin, but with a car chase during an ice race. James Bond films struck a nerve at the time – and the cars were right in the middle of the action.

The 1960s came to be known as the ultimate decade for those passionate about cars. The enthusiasm among young and old was greater than ever, reflected in the excursions, road trips, races, exhibitions and toy cars that became popular – and fueled this desire to drive.

This exhibition includes, among other things, photos of film shoots as well as everyday life in Switzerland. The images below, which do not appear in the final exhibition, offer a glimpse of this special decade. 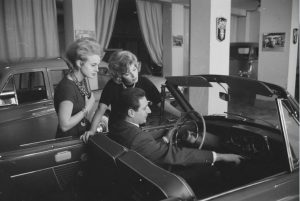 Hostesses have a Hillman Minx convertible explained to them during a training session for the Geneva Motor Show in 1961.Picture: ETH-Bibliothek Zurich: Jack Metzger 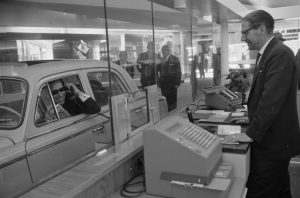 By car to the bank counter: The new drive-in bank of the Schweizerische Kreditanstalt in Zurich in 1962.Picture: ETH-Bibliothek Zurich 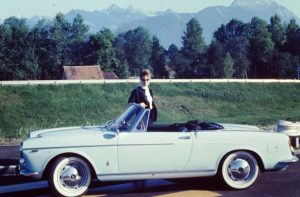 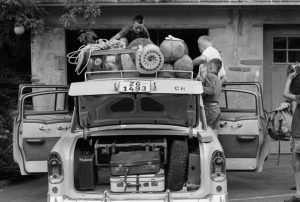 Setting off on holiday: Heinz Egli, MD, and his family load up their Chevrolet Bel Air at Weinbergstrasse 25 in Zug in 1962.Picture: ETH-Bibliothek Zurich 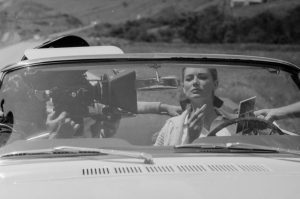 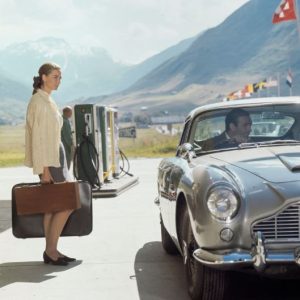 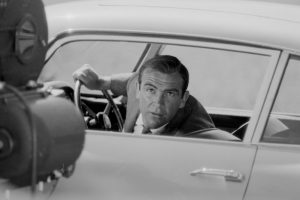 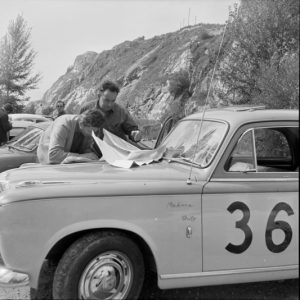 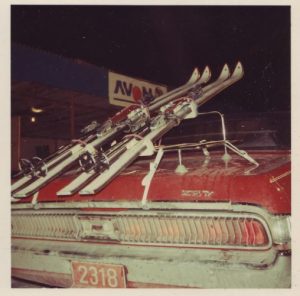 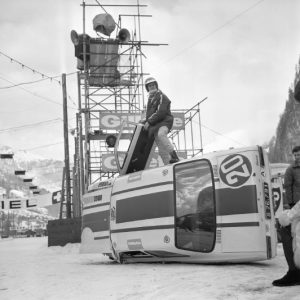 Stuntman Erich Glavitza rehearses for the filming of IM GEHEIMDIENST IHRER MAJESTÄT in the Bernese Oberland in the winter of 1969.Picture: Waldemar Gerber, StAAG/RBA 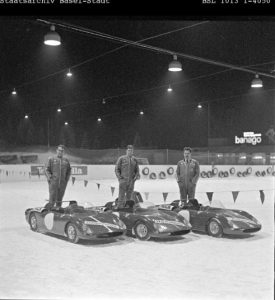 Hans Hochuli's Ford Mustang Fastback, taken in 1968 at home on the Lindenfeld in Safenwil.Picture: Robert Hochuli

In a single day, we will head to three different mountain passes. We will first gather in Safenwil at 7:30 a.m. for coffee and croissants. By way of Innertkirchen, we will then head up the Grimsel Pass, where scenes from ON HER MAJESTY’S SECRET SERVICE were shot. Author Steffen Appel will be on hand to show us the exact locations. For lunch, we will stop at the Furkablick restaurant to enjoy the scenery captured in GOLDFINGER. We will then drive back via the Susten Pass, where Bond was also filmed.

A drive over the Susten Pass promises incredible views. Automobil Revue editor and car tester Frischknecht knew this when he tested out the MG TD back in 1950.

On the afternoon of 28 August, you can take a seat as a passenger in two Bond models: The iconic Aston Martin DB5 from GOLDFINGER or the exciting Toyota 2000GT. Thanks to the Japanese supercar, Bond escapes his pursuers in YOU ONLY LIVE TWICE.

We donate the proceeds from our taxi rides to the organisation “Spiis & Gwand” in Oftringen, which has been in existence for over 16 years and is run by 35 volunteers.

Spiis & Gwand supports people who are in financial need. The organisation takes care of food distribution, second-hand clothes, social counselling and networking, as well as budget counselling and emergency financial aid. Donations enable the Spiis & Gwand team to finance rent, the purchase of additional food, material for the bistro and much more.

Emil Frey Classics is particularly pleased to support the Spiis & Gwand project through this campaign. An organisation that achieves great things through its social commitment.

On the evening of 28 August, Erich Glavitza will share his experiences on the shoot of ON HER MAJESTY’S SECRET SERVICE. The former racing driver led the stunt driving crew for the famous ice racing chase, which was filmed in the Lauterbrunnen Valley in the winter of 1969. As the author of a book detailing his driving days – “Vollgas oder Nix! Meine wilden 60er mit Rindt, McQuenn, James Bond” – he will surely have a lot to say about this exciting era.

We will gather in Safenwil at 7:30 a.m. for coffee and croissants. We will then drive through the picturesque Entlebuch region to Thun before heading on to Stechelberg in the Lauterbrunnen Valley. Via cable car, we will climb past four stations up to the Schilthorn, also known as the Piz Gloria – made famous in ON HER MAJESTY’S SECRET SERVICE. Of course, there will be enough time to visit the Bond World exhibition at the summit. We will be back in Safenwil a bit later (approx. 7.30 pm).

This is the Schilthorn or Piz Gloria shortly after filming, as featured in a 1969 brochure.
Picture: “Schilthorn. Longest Cableway in the Alps.”

Steffen Appel and Peter Wälty will present their new magnificently illustrated book about the filming of ON HER MAJESTY’S SECRET SERVICE. 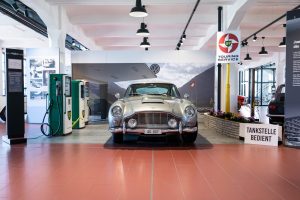 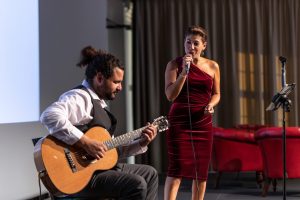 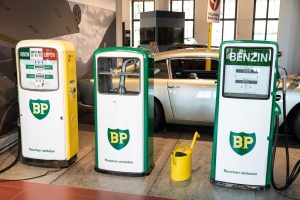 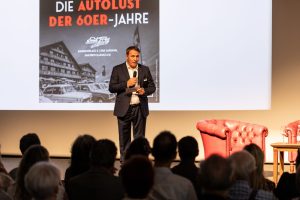 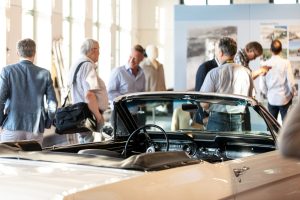 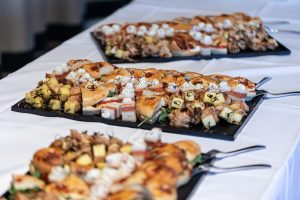 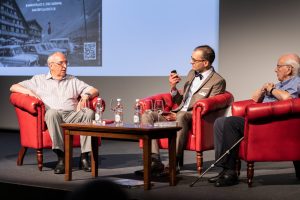 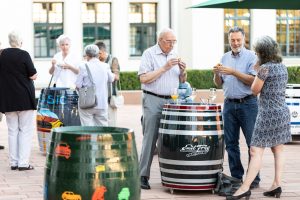 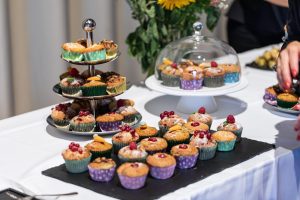 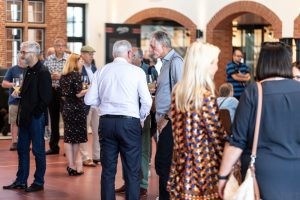 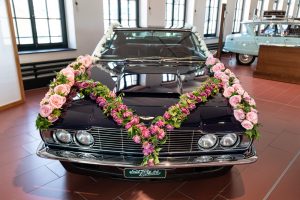 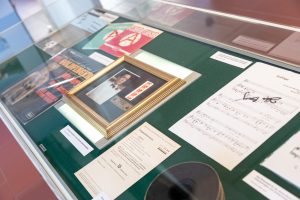 Review of the vernissage of the special exhibition

You can find all information about the Classic Car Museum here